Notable 100 Award – Peace in the Valley 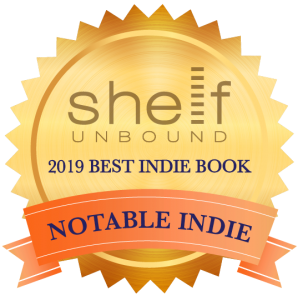 John Eric Vining’s (with Raymond Refoen) book “Peace in the Valley: A Quest for Redemption in the Old West” was honored as a 2019 “Notable 100 Book” in the “Shelf Unbound Best Indie Book Competition.”  The winners/notables were officially announced in the December/January issue of Shelf Unbound magazine, which was published in the first week of December, 2019.

The award was announced by Sarah Kloth, National Book Critics Circle Lifetime Member and Publisher, Shelf Media Group. Shelf Unbound book review magazine reaches more than 125,000 readers in the United States and 75 countries around the globe. It is a recipient of the Association of Independent Authors’ Honoring Excellence Award.