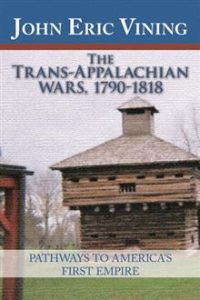 Much is known about the American Revolutionary and Civil Wars.  Relatively little is known about the wars to conquer the Trans-Appalachian West; the area between the Appalachian Mountains and the Mississippi River.  Yet, in terms of political ramifications and intrigue, military strategies and tactics, and interactions between different entities and individuals, these campaigns rank high on the scale of complexity and interest.