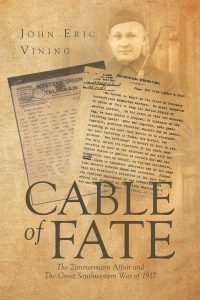 On both sides of the turn of the twentieth century, there emerged a style of writing that was a distant kin to the modern historical novel. It was known as Les Guerres Imaginaires, which can basically be translated into “The Imaginary War.” It was a literary device used to tell how future wars might occur and be fought. This type of novel was written by military authors who sought to mold and enhance their foresight with intricate historical and political analyses. Examples of this genre include “The Battle of Dorking,” a 1871 short story in Blackwood’s Magazine by Sir George Tomkyns Chesney; The Great Naval War of 1887, written in 1886 by Sir William Laird Clowes and Commander Charles N. Robinson; The Great War of 189-, A Forecast, by Rear Admiral Philip Colomb, written in 1893; The War Inevitable (1908), by Alan H. Burgoyne; The Valor of Ignorance (1909), by Homer Lea; and two great novels of the 1920s, Sea Power in the Pacific (1920) and The Great Pacific War (1925), by Hector Bywater.

John Eric Vining resurrects a mirror image of this genre to look back into history and explore what might have happened if Mexico had taken Germany’s 1917 Zimmermann Telegram seriously and attempted to recapture the American Southwest at the height of World War I. While this is fantastically unbelievable at first glance, a further analysis is warranted. What you might find is that not only was a Mexican invasion of the American Southwest quite possible in 1917, the real surprise is that it did not happen in the actual history of World War I!

Take the plunge and see for yourself if it might have been possible for the United States and Mexico to have fought the Great Southwestern War of 1917.